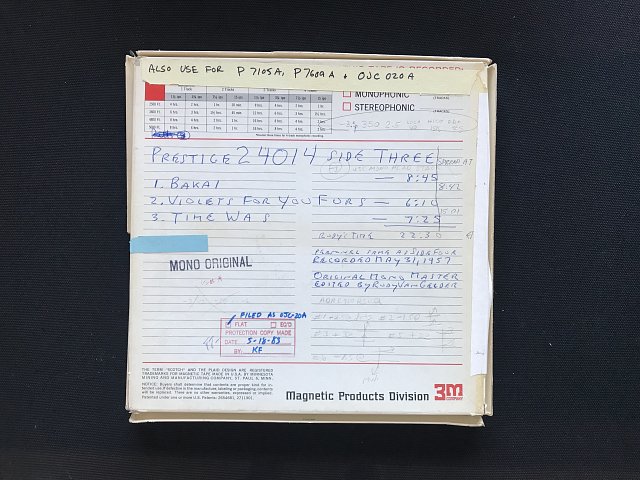 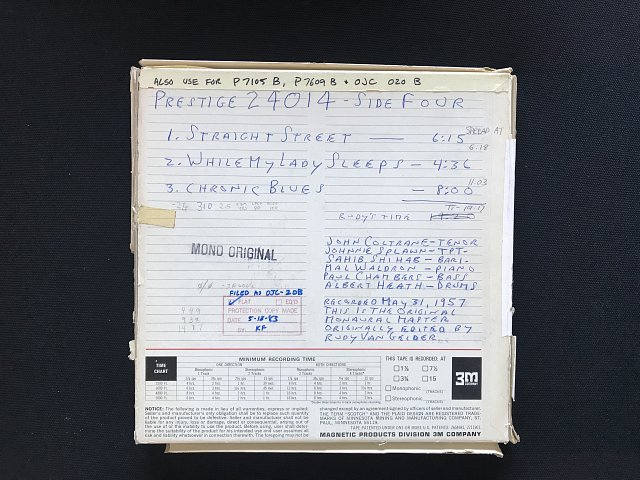 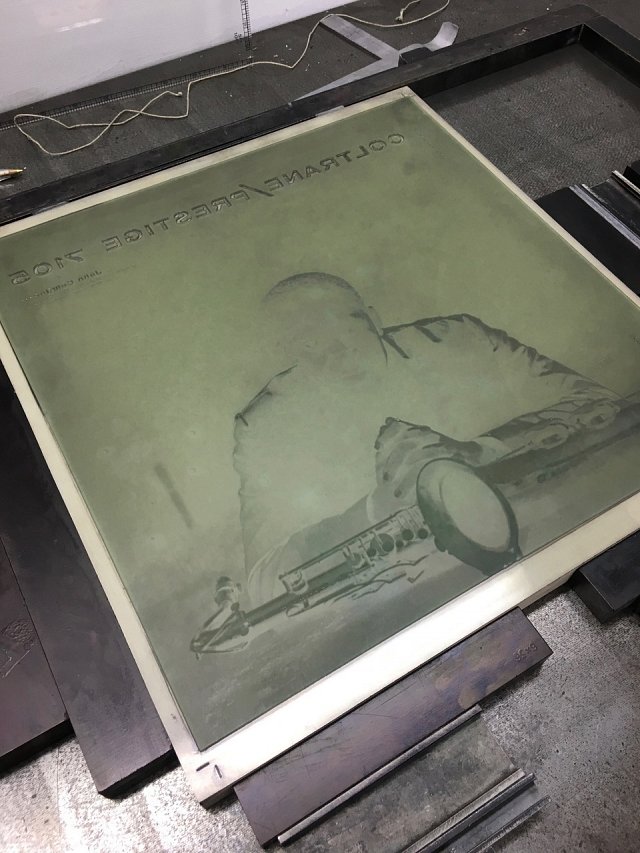 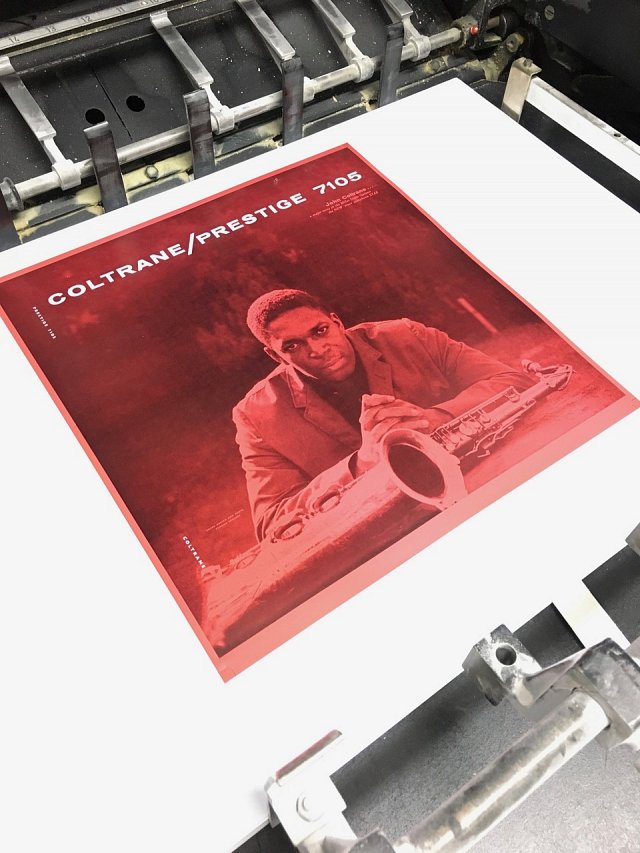 Front of sleeve on press. 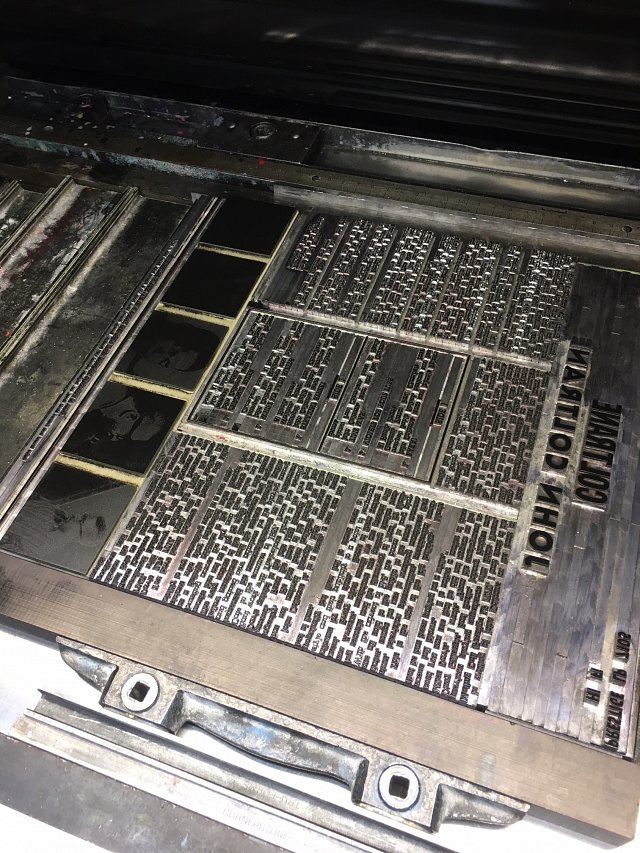 Rear of sleeve type on quoin. 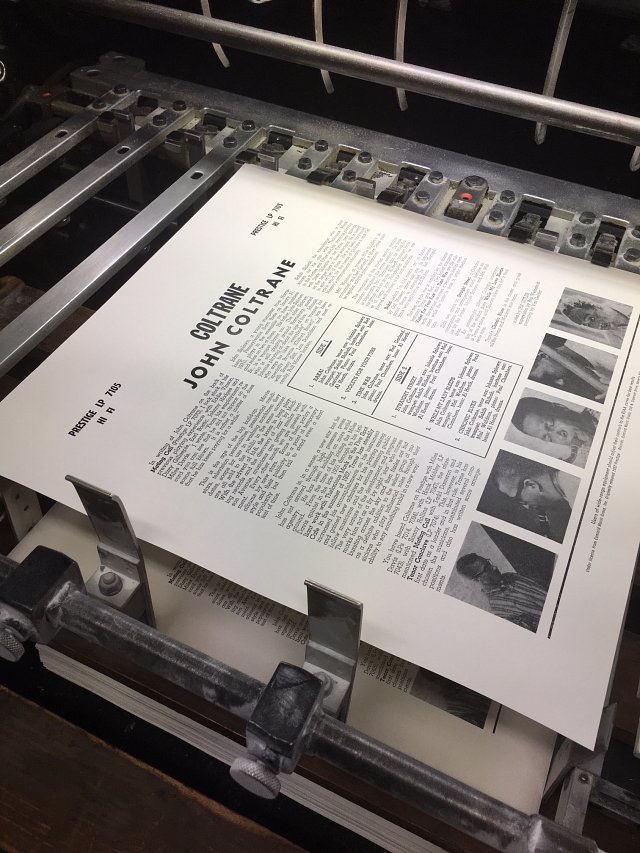 Rear of sleeve on press. 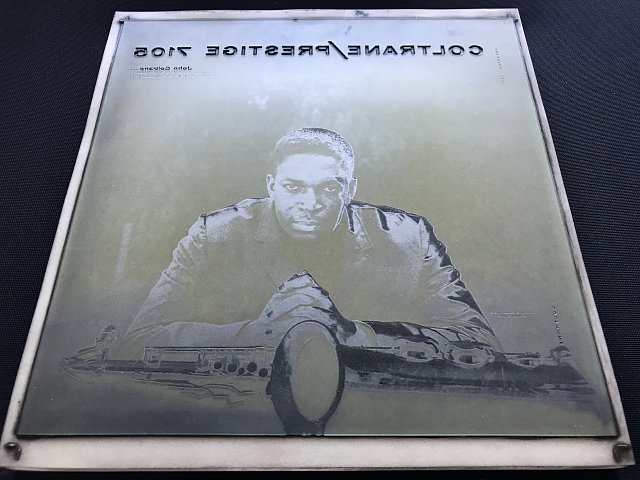 The year 1957 marked the close of a difficult transitional period for John Coltrane. Due to long term problems with substance abuse Coltrane was sacked from the Miles Davies Quintet but this freed him up to be signed as a solo artist by Bob Weinstock of Prestige records for a multiple album deal.

A formidable line-up was assembled for this self-titled debut and was recorded in late May at Rudy Van Gelder’s studio in Hackensack, New Jersey. As well as featuring Sahib Shihab on Baritone Saxophone and Paul Chambers on Bass, Albert Heath was brought in on Drums and Johnny Splawn on Trumpet. Mal Waldron & Red Garland shared the session on piano across the tracks.

Two of the Coltrane original compositions on the album; “Chronic Blues” and “ Straight Street” reflect his struggle overcoming his addiction but it is on the two featured ballads “Violets For Your Furs” and “While My Lady Sleeps” that Coltrane’s sensitivity shines through in the form unadulterated beauty.

Mastered from the original analogue master tapes in true Mono (a first since the original pressing) and with all artwork given the usual ERC treatment (entirely re-typeset sleeve text, the creation of new plates for the artwork and printed using a 1960 Heidelberg letter press before being folded by hand). ERC has made no compromise in attempting to do justice to this iconic and important jazz masterpiece.