Although this disc is most famous for being Jacqueline Du Pre’s debut cello recital, we should certainly not bypass the marvellous contribution from the distinguished artist Herbert Downes. Born in 1909 Downes began playing the violin at the age of 10, before going on to study under both Paul Beard and the legendary Carl Flesch.  He was a founder member of the famous Philharmonia Quartet in England along with Henry Holst, Ernest Element and Anthony Pini.  Downes initial instrument of choice was the violin, but he later became more well known for his playing of the Viola. As an avid collector of instruments and bows he eventually acquired and played a 1560 Gasparo da Salò. These short works contained on the A Side of this superb disc showcase Downes skills an expert chamber music player of immense talent.

Jacqueline Du Pre was born in Oxford and commenced learning the cello at the age of five with Alison Dalrymple, she then went on to study with William Pleeth at the age of ten.  Only five years later she was enrolled to the Casals Master Class at Zermatt, Switzerland.  She made her formal début at the Wigmore Hall in March 1961 accompanied by Ernest Lush. It was her concerto début in March 1962 at the Royal Festival Hall, performing the Elgar Cello Concerto that propelled her career into the stratosphere – bringing spontaneous critical enthusiasm followed by global recognition.

It is quite remarkable to think that Du Pre was just 17 years of age when she recorded this first recital disc for HMV. Whilst listening one cannot help but think this is an artist who has already lived life to the full; her interpretation has a profound and identifiable maturity that suggests a level of life experience well beyond her young years. Du Pre’s later struggle with ill health in her late 20’s, which tragically prevented her from continuing to play the cello makes listening to this remarkable recital even more poignant; Du Pre was without doubt one of the finest cellists of the 20th Century.

Original tape (side B). 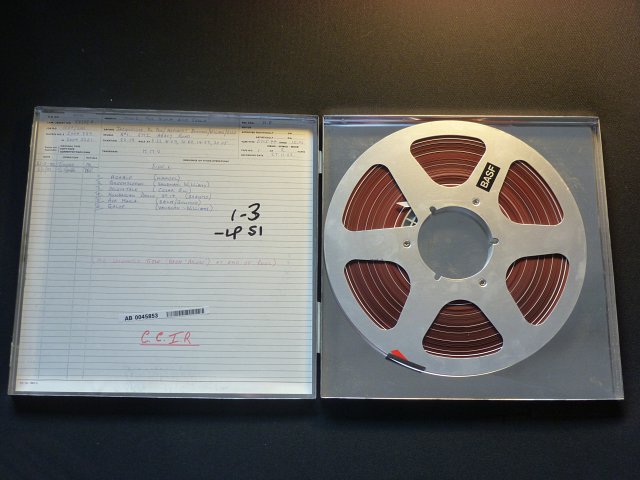 Original tape (side B). 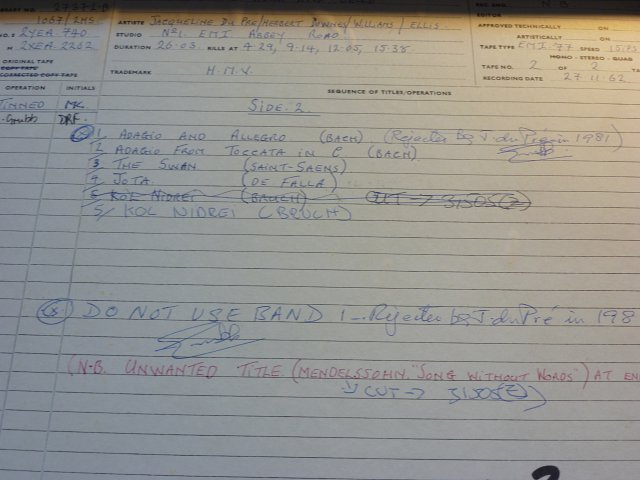 Original tape (side B) detail. 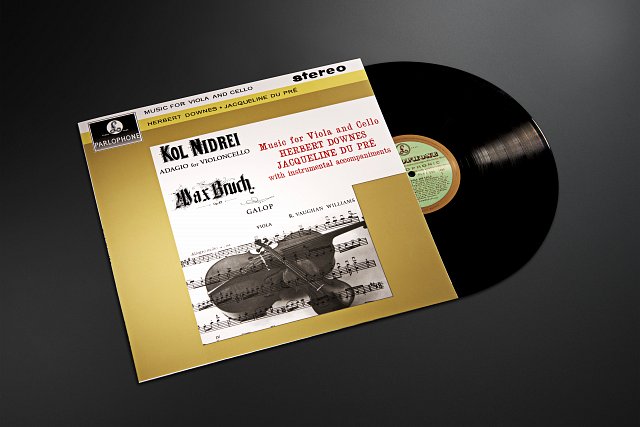